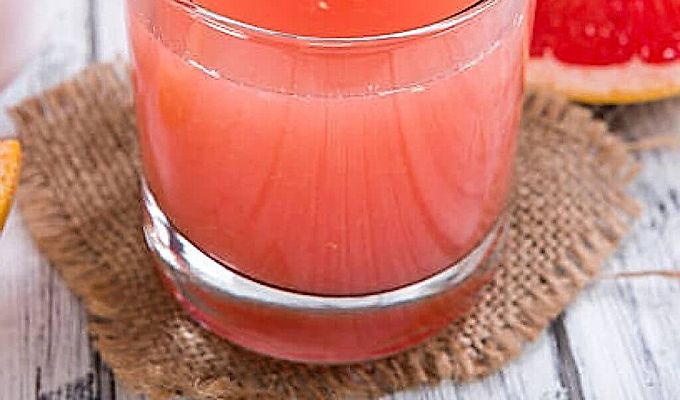 Grapefruit juice is a healthy product, but less popular than its orange counterpart. Many people dislike him because of the specific bitterness, which they are ready to tolerate only as part of alcoholic cocktails.

However, despite the fact that it is often added to martinis and other alcoholic beverages, it is still better to consume a natural source of vitamins without alcoholic additives. Experienced people who want to get slender forms, as well as adherents of a healthy lifestyle, know how useful it is for losing weight and restoring vitality.

Everyone knows that gin and other strong drinks are a hindrance to a healthy lifestyle, so it’s more logical to just learn how to make juice and drink it correctly without any outside “stimulus”.

In addition to drinking directly, the liquid can be combined with the juices of sweeter fruits, getting a real energy cocktail for invigorating in the morning. They even dress salads with fresh vegetables, fruits, or pour over baked meat.

But before you drink a nutritional supplement, remember that the pinker the fruit, the sweeter the result will be. At the same time, white and yellow exotic citrus fruits create sour freshly squeezed juice, which will be highly appreciated only by true amateurs, or people with deviations in the acidity of the gastric environment.

The most important benefit of the bright representative of citrus fruits is the ability to strengthen the immune system, which became possible due to the shock amount of vitamin C [1] [2]

Another positive aspect here should be highlighted quinine, which belongs to natural alkaloids. This means that it carries an anti-inflammatory effect along with an antipyretic effect [3]

But such a recipe for treatment is suitable only for those who have no contraindications, and also do not suffer from allergies [4] [5] 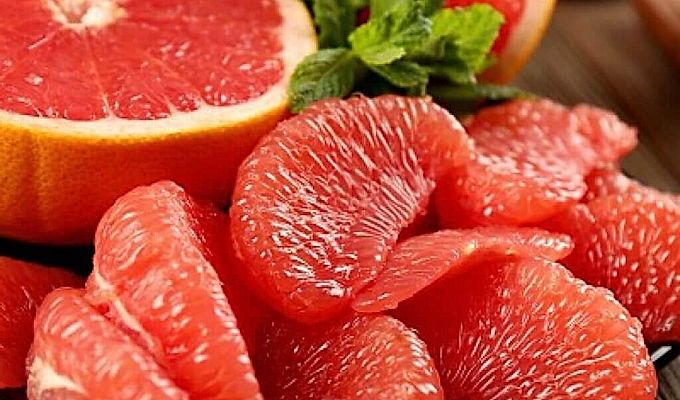 During scientific experiments, experts determined that the refreshing liquid is excellent for diabetics [6] in calories. And this despite the fact that the orange analogue for diabetics and patients with disorders of carbohydrate metabolism is not always allowed to be included in the diet.

The secret lies in the fact that the grapefruit helper contains much less sugars, but there are much more biologically active components [7] [6]

Also, reviews claim that allergies to "pink orange" juice are much less common than other citrus fruits. Official medicine confirms the popular opinion, but doctors still insist that the risks of intolerance persist.

Many are interested in the fact whether this option of adjuvant therapy is useful in diseases of the gastrointestinal tract. But here each case must be considered individually. The problem lies in the high content of acids that can irritate the digestive system.

But if a person is all right with this system, then she will only say “thank you” to its owner, because its regular consumption guarantees:

Those striving to get the perfect figure know that grapefruit juice is often included in the diet of the right diet and even diet. But not everyone knows how useful this assistant is. Its active force in weight loss is the ability to burn fat [9]

The mechanism of splitting fatty layers is activated when metabolic processes are launched, which were simply sleeping before. The sense of natural medicine lies in dulling the feeling of hunger. At the same time, the consumed calories will not spoil the overall picture of the calculations of the energy value per day [9] 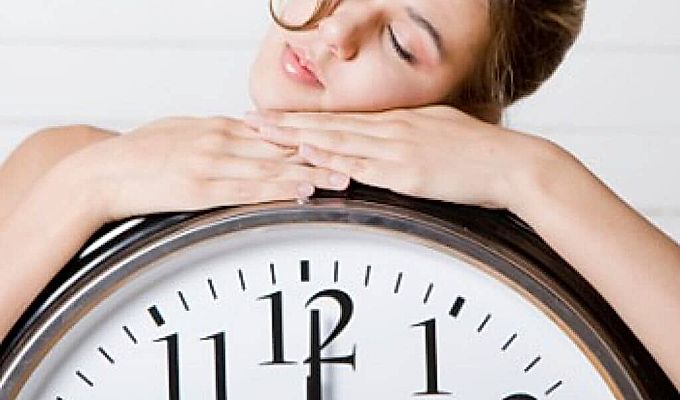 The exotic drink has one more feature that affects the stabilization of the nervous system when a person:

Thank you for the positive effects on mental health with essential oils that get rid of accumulated fatigue. There is also a significant supply of B vitamins, which are considered the best friends of the nervous system. They affect memory, the ability to concentrate on repetitive activities. People suffering from insomnia prefer to drink the juice at night for a sound sleep.

An addition to the menu is suitable for those who are exhausted by problems with the liver, gallbladder, as it works to prevent the formation of stones. It is allowed to be taken even by patients with:

While studying the characteristics of the causative agent of hepatitis C, American researchers came to the conclusion that the flavonoid naringin (the same bitterness) slows down the spread of the virus. It is also a reliable shield against bad cholesterol, which loves to build up on the walls of blood vessels, forming plaques.

Healing liquid is shown for people experiencing problems with the cardiovascular system:

Some expectant mothers believe that a sour drink can harm the baby. But in fact, doctors recommend drinking it on a regular basis during pregnancy. Here you just need to first remember whether there was any previous allergy to such a specific product [12]

If all is well, then pregnant women can even be prescribed a whole course, where it is important to adhere to the recommended dosage [12] 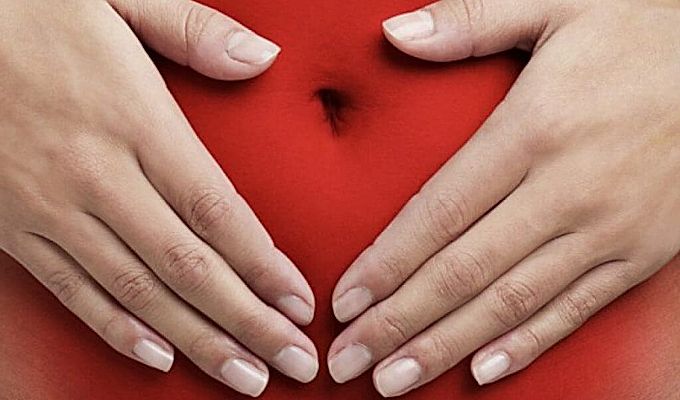 Against the background of the numerous advantages of practically a panacea for all diseases, contraindications and possible harm seem to be relative. But they are still present.

Most losing weight are more interested in how many calories a full glass of treats will pull. But it is much more important to find out before starting the diet if they have diseases of the gastrointestinal tract. There are a number of ailments of this system, which are official contraindications:

People with problems of the genitourinary system are allowed to take it very carefully.

For some, it will be a discovery that such juice should also not be drunk together with certain types of medications. It is better to clarify compatibility with the attending physician when receiving a prescription for treatment.

The reason for temporary abstinence is scientifically based and lies in the presence of special chemical components that block enzymes for the absorption of medicinal substances. This can lead either to a complete depreciation of therapy, or to symptoms of drug overdose [13]

Separately, you need to carefully consider the recommendations of various diets to drink liquid on an empty stomach in the morning. This sometimes leads to digestive problems, so it is better to first ask your doctor for advice, and then plunge headlong into daring experiments [13]

It is very easy to create a natural liquid energy boost. It is enough to use a juicer or blender. But if you plan to attract a blender, then it is better to peel the fruit, and then cut it into several parts.

But even if you don't have kitchen tools at hand, you can prepare nutritious nectar yourself by squeezing it out by hand.

Nutritionists insist that to create juice, you should take dishes only from the list of approved materials [14] [15]

Moreover, the resulting result should be drunk immediately, without delaying it later. Even a freezer will not save here, since essential oils, along with other useful components, very quickly leave the contents of the glass. The first fifteen minutes after spinning are considered the best time to take.

Experienced connoisseurs of such a charge of vivacity are advised to drink it through a straw. This guarantees the protection of fragile tooth enamel, which quickly deteriorates under the influence of the destructive force of fruit acids.

Medicine does not provide for a specific rate for the daily consumption of a natural product. But leaning on it is also not recommended, even in the process of losing weight. The optimal drinking regimen is considered half an hour before a meal, or an hour after a meal. But it is forbidden to drink desserts or any other dishes during a direct breakfast-lunch-dinner.

The general algorithm for strengthening immunity and at the same time correcting the figure provides for half a glass, drunk two or three times a day. If a potential consumer is not impressed by the prospect of consuming a sour drink, you can dilute it with a freshly squeezed analogue of an orange, or add thick homemade apple juice puree. It is even allowed to add a spoonful of honey, if absolutely unbearable.

But, regardless of the reason for starting its use, it is still worth consulting a doctor. Otherwise, you can bring the stomach to sad consequences.

Why grapefruit is bad for you?

So why is grapefruit getting a bad rap? Grapefruit juice inhibits a chemical in the intestine needed to break down many drugs in the body . The absence of this chemical can lead to higher blood levels. In effect, the drug becomes more poten

What are the effects of grapefruit juice?

Why is grapefruit bad for high blood pressure?

Grapefruit contains compounds that may interfere with how your body absorbs some drugs , including some blood pressure medicines. It can leave too much or too little of the drug in your bloodstream, which may be dangerou

Is Grapefruit Juice Good for females?

What happens when you drink grapefruit juice?

Grapefruit juice can block the action of intestinal CYP3A4 , so instead of being metabolized, more of the drug enters the blood and stays in the body longer. The result: too much drug in your body. The amount of the CYP3A4 enzyme in the intestine varies from person to perso

Can grapefruit cause health problems?

What does grapefruit do to your hormones?

Estrogens, whether naturally produced or as part of your hormone imbalance treatment, are metabolized by this enzyme in your liver. By inhibiting these enzymes, grapefruit reduces how much estrogen you can metabolize . This leads to more of the hormone going into your blood.

What are the disadvantages of grapefruit juice?

Grapefruit juice inhibits a chemical in the intestine needed to break down many drugs in the body . The absence of this chemical can lead to higher blood levels. In effect, the drug becomes more potent. This effect has been observed in nearly all calcium channel blockers, a group of drugs used to control blood pressur