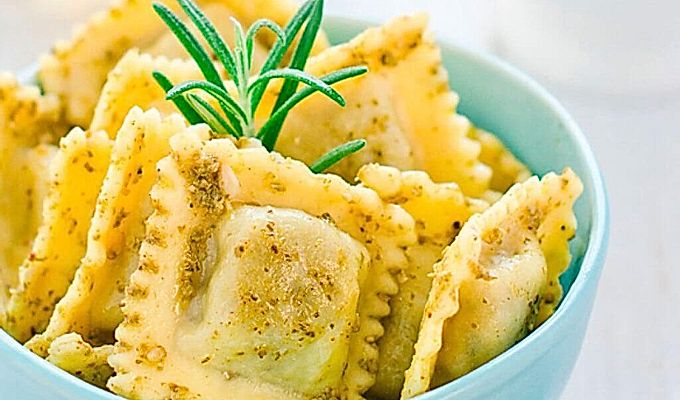 Ravioli is a classic Italian dish, a cross between pasta and small dumplings. Ravioli (or full pasta) are prepared throughout Italy [1]

Italian dumplings are prepared from unleavened dough and a wide variety of fillings - meat, fish, tomatoes, potatoes, artichokes, spinach, mushrooms and even fruits [2] chicken, parmesan and chopped greens. Finished ravioli can range in shape from ellipse, circle, crescent to square. The edge of the products is always cropped figuratively for a beautiful presentation [3]

The ravioli are boiled or fried. When cooked, the dish is sprinkled with grated cheese before serving, poured with tomato sauce or seasoned with butter, olives or sage are added, depending on the filling. In the homeland of ravioli, a sauce is selected for them based on the region where the dish is prepared.

Often in restaurants, you can try “full pasta” with the classic pesto sauce. Ravioli fried in oil are added to all kinds of soups, broths, cream soups, which emphasize the taste of their filling.

The calorie content of meat ravioli is about 245 kilocalories per 100 grams of product. The composition of the nutrients of this dish can vary depending on the filling, but in general, all ravioli contain a vitamin and mineral complex, including vitamins of group B, A, C, D, E, PP, micro- and macroelements [4] [5]

Ravioli recipes that can be made at home in a short time [6] with ricotta cheese have become popular today. This dish is delicious and tender.

The dough for the ravioli is prepared as follows: first you need to pour the flour in a slide on the table, then make a wide depression in it, so that only the walls remain in a circle. In a separate bowl, stir 3 eggs thoroughly with a fork and pour them into the hole in the flour. Further, it is necessary to gradually add flour from the walls of an impromptu slide to the egg mixture. After that, the dough can be continued to knead with your hands. The process should continue until the dough is smooth and firm. It should be wrapped in plastic and left to rest for about an hour at room temperature. The readiness of the ravioli dough is determined as follows: it quickly returns to its original shape when you press on it with your fingers. 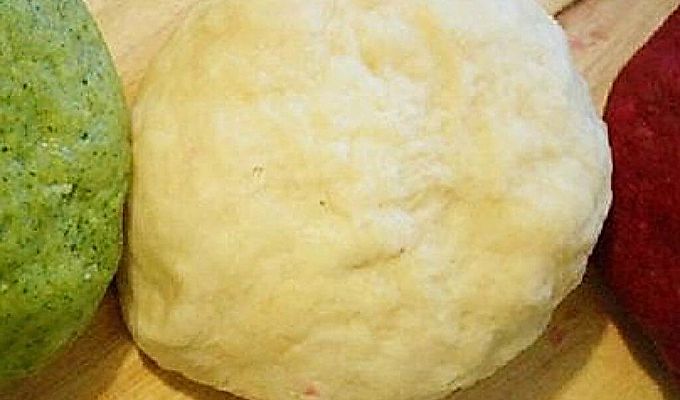 Next, you need a ravioli machine. Initially, the dough is passed through the largest hole, folded in half and passed through the same hole again. Then the thickness of the hole in the machine is reduced. This should be done until the dough passes through the smallest gap of the machine. If you don't have a ravioli machine, the dough can be rolled out by hand using a rolling pin. In order to obtain the thinnest possible layer, the finished rolled dough must be doubled before each new rolling.

The rolled dough is cut into small squares. If you use ricotta as a filling, then before adding it to the dough, it is mixed in a blender with green peas and garlic. Using a culinary bag, a homogeneous mass of cheese is laid out in small portions on the dough squares. Too much filling will ruin the finished ravioli, as the dough will start to flow and tear at the edges as it cooks. The filled Italian dumplings are pinched around the edges and boiled for 3 minutes in salted boiling water.

Homemade guanchale with cream and pecorino cheese can be used as a classic Italian ravioli sauce. Guanchale consists of dry-cured pork cheeks, which are fried in olive oil for a sauce until golden brown. Then garlic is added to them, and they simmer a little more on the fire. At this time, cream, eggs, black pepper and pecorino cheese are mixed in a separate container. At the end of the preparation, green peas, chopped green onions and boiled ravioli are added to the garlic guanchala. A little water is poured into it, in which they were preparing. All ingredients are simmered in a skillet for about 1 minute and then added to the pecorino cream sauce. It is recommended to sprinkle the finished dish with grated Parmesan.

If you add spinach to ricotta instead of green peas, you get another kind of "full pasta".

Spinach ravioli are very useful for maintaining youth and beauty, which is why many women are very fond of this type of Italian dumplings.

Varieties of fillings for a dish 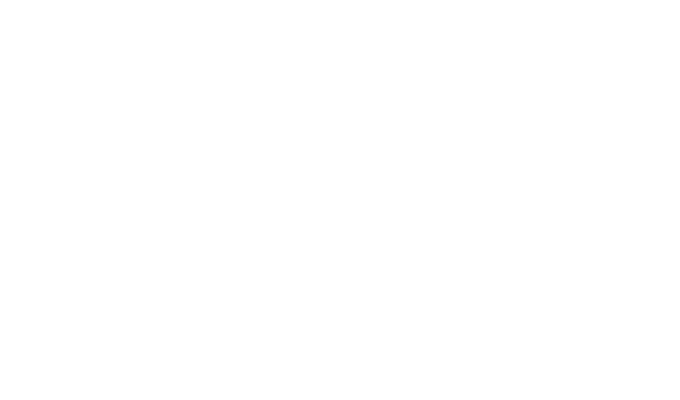 Ravioli can be eaten as a first, second course and even a dessert. It all depends on the filling that the chef added to the dough during cooking. The dough itself is neutral and bland, so it will perfectly complement the taste of any filling. According to the reviews of restaurateurs, in addition to meat ravioli, mushroom and chocolate ravioli are popular.

Ravioli dough with mushrooms is prepared according to the recipe for classic ravioli. To prepare a delicious mushroom filling, you need to fry finely chopped mushrooms and onions in a pan in butter until all the liquid has completely evaporated. Then the mushrooms and onions should cool. Only then are they sprinkled with salt, pepper and spices.

But ravioli with mushrooms are formed a little differently. The whole dough is cut into two layers of the same shape. On one layer of dough, mushrooms and onions are laid out in small portions, between which gaps must be left. Grease these gaps with a beaten egg. The layer of dough with mushrooms is covered with an empty layer. Both layers are well pressed against each other so that the parts smeared with the egg mixture stick together. Next, the ravioli of the desired shape is cut out with a knife so that the mushroom filling gets into each mold. The dish is cooked for about 10 minutes in salted boiling water, served with any suitable sauce.

For dessert, many people prefer chocolate ravioli. This dessert is very unusual due to its presentation and taste. To prepare them, you need to take one and a half cups of flour, 3-4 eggs, a quarter cup of cocoa powder, 2 tablespoons of sugar, grated milk chocolate, cream and salt. For the filling, you need 180 grams of milk chocolate, an egg and 3 cups of unsalted cheese or cottage cheese.

The chocolate ravioli dough and filling are prepared as follows:

As you can see from the recipe, chocolate ravioli differ from the classic ones not only in the filling, but also in the composition of the dough.

Almost everyone knows how to cook ravioli with chicken or meat. The dough recipe is used as for classic ravioli, and minced meat is prepared in the same way as for the familiar dumplings.

A lot in the recipe of the dish in question depends on how high-quality the dough is from the hostess. To obtain an elastic, dense, easy-to-roll dough, two rules must be followed. First, the dough is kneaded with very cold hands, for which the chefs periodically wash their hands in ice water, wipe them dry and continue to knead the dough. The second prerequisite is also related to the cold. In the kitchen, when preparing this dish, it must be cold, otherwise the cook will not be able to roll out the dough well, and the already cut ravioli bases will be covered with a dry crust.

Ravioli, as it is called in Italy, is sometimes made with simple vegetable fillings such as tomatoes, zucchini or potatoes. In this case, it looks more like dumplings and is served as an independent second course or as a side dish for meat.

At home, any ravioli are tastier, since you can always control the quality and quantity of all the products that make up the dish. In Italy, it is not customary to cook semi-finished products. Ravioli, unlike dumplings and dumplings, are never frozen, but always cooked before serving. It is possible to involve the whole family in making “full pasta”, since kneading the dough is physically difficult and some women find it difficult, so men have to do it. A woman can make the filling, but her unfolding and molding of molds is a favorite child's play in the kitchen.

Cooking ravioli is not a very laborious process, especially if the hostess has a dough slicer [7] [8] [9] proteins and carbohydrates [10]

There are numerous videos on the Internet and on television on how to cook ravioli at home, just like the dishes do at home [11]

What is traditionally in ravioli?

Ravioli is an Italian dumpling that's typically stuffed with ricotta, meat, cheese, and vegetables . The filling is then sealed between two thin layers of egg pasta dough and typically served with a delicious tomato or cream-based pasta sauce.

What's in the middle of ravioli?

Traditionally, ravioli are made at home. The filling varies according to the area where they are prepared. In Rome and Latium the filling is made with ricotta cheese, spinach, nutmeg and black pepper .

Is ravioli the same as pasta?

Ravioli is two layers of pasta that form a pillow-like shape whereas tortellini is folded into hat-like shapes akin to dumplings. It's more likely for tortellini to be used in a broth, though it's common for both ravioli or and tortellini to include either cheese or meat filling.

What goes with ravioli for dinner?

What to Serve with Ravioli: 8 Classic Side Dishes

What is inside of ravioli?

Raviolis are square or round pillow shaped stuffed pastas, similar to dumplings. They have a filling that can consist of cheese, meat, and/or vegetables . Ravioli are formed by having one layer of flat pasta topped with filling and then placing another flat layer on top to form a pillow.

Do you put raw meat in ravioli?

Although this method is not traditionally Italian, raw meat fillings in ravioli yield a superior pasta . These raviolis do not have to be babied and they do not fall apart while boiling! They are perfect little pillows of dumplings that I cannot resist eating.

Do you need egg in ravioli filling?

As for the other ingredients, only flour and eggs are needed to make pasta dough for ravioli. Adding salt or olive oil is not necessary. You could substitute the eggs or part of the eggs with water, but that would diminish the elasticity of the dough, needed to roll it out thinly.

What is the difference between ravioli and ravioli?

As nouns the difference between ravioli and raviolis

is that ravioli is small square parcels of pasta filled with meat, cheese, spinach etc while raviolis is .

What meat goes good with ravioli?

What to Serve with Fried Ravioli

What side dishes go with tortellini?

What To Serve With Tortellini